Transport of the future: what a huge blimp looks like with a wall of windows inside 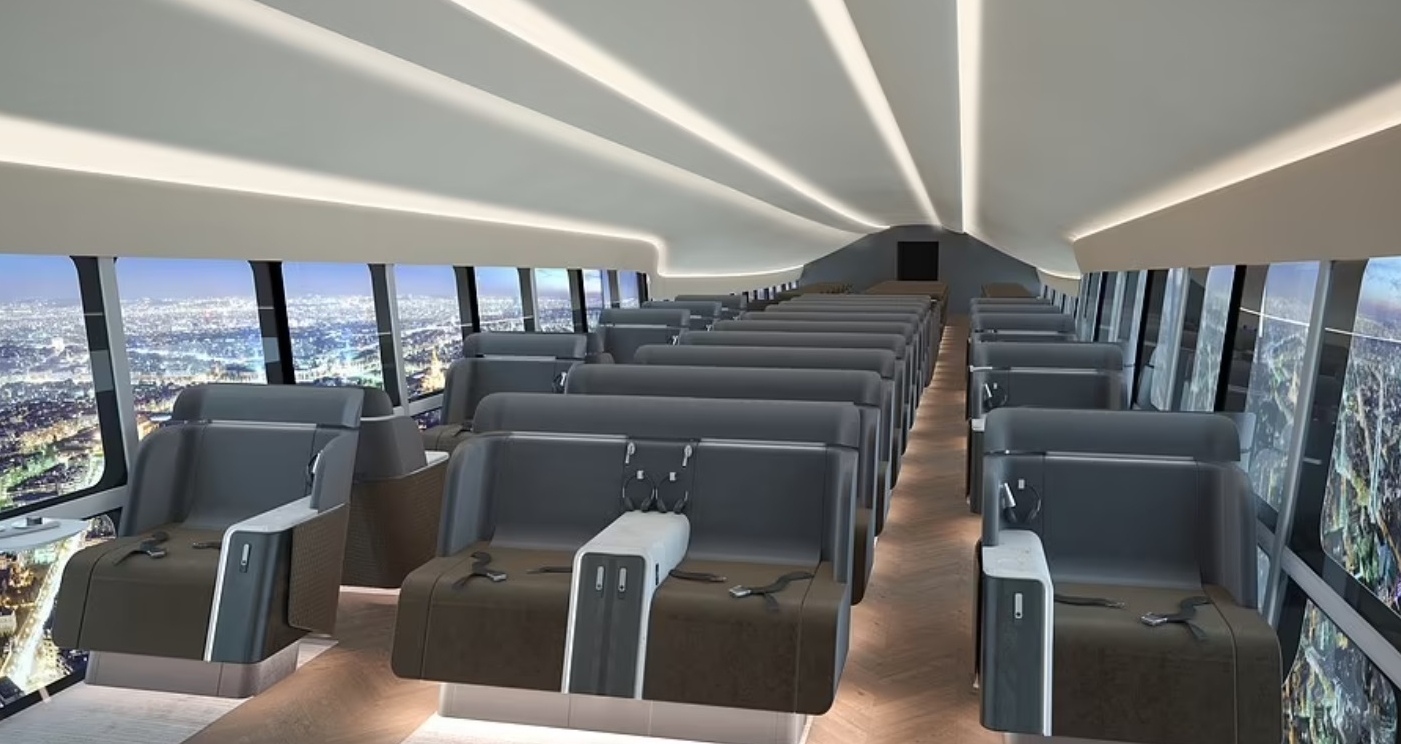 The world’s largest airship plans to have seating for 100 passengers. See what else will be inside the airship.

At almost twice the length of an average commercial aircraft, the spacious Airlander 10 seems to offer a far more comfortable flying experience than most airline passengers are used to.

The striking conceptual images show comfortable seats with padded cushions. And the main attraction of the huge airship is a floor-to-ceiling wall with glass windows, offering passengers a stunning view of the area below.

The huge airship will be able to make its first flights with passengers as early as 2025. The Airlander 10 made one test flight in August 2016. It looked like this:

About 12 Airlander 10s are expected to be produced per year. However, they are likely to fly only between cities in the UK and the US.

The airship Airlander 10 was created by the British company Hybrid Air Vehicles. Work on the project started in 2010, when it was planned that the airship would be used by the military. But high cost of the project discouraged them and they decided to use the flying giant for civil purposes, particularly for entertainment.

The world media called the Airlander 10 the biggest airship in the world. It has impressive dimensions indeed: length – 92 m, width – 43,5 m, height – 26 m, payload mass – 10 000 kg. The airship combines characteristics of an airplane and a balloon. For example, it uses aerodynamic lift (when lifted) and then stays in the air due to the helium-filled volume.